In a precast element plant, the capacity of the facilities for concrete transport need to meet the requirements of the element production. Most precast plants use a bucket conveyor system.
What must be taken into account when designing a bucket conveyor transportation system?

What kind of equipment does a bucket conveyor concrete transportation system include?

A bucket conveyor system for a precast plant consists of one or more rail lines and one or more conveyor buckets with additional equipment.

The construction of the bucket conveyor system already should be taken into account when the design of a new precast plant starts. 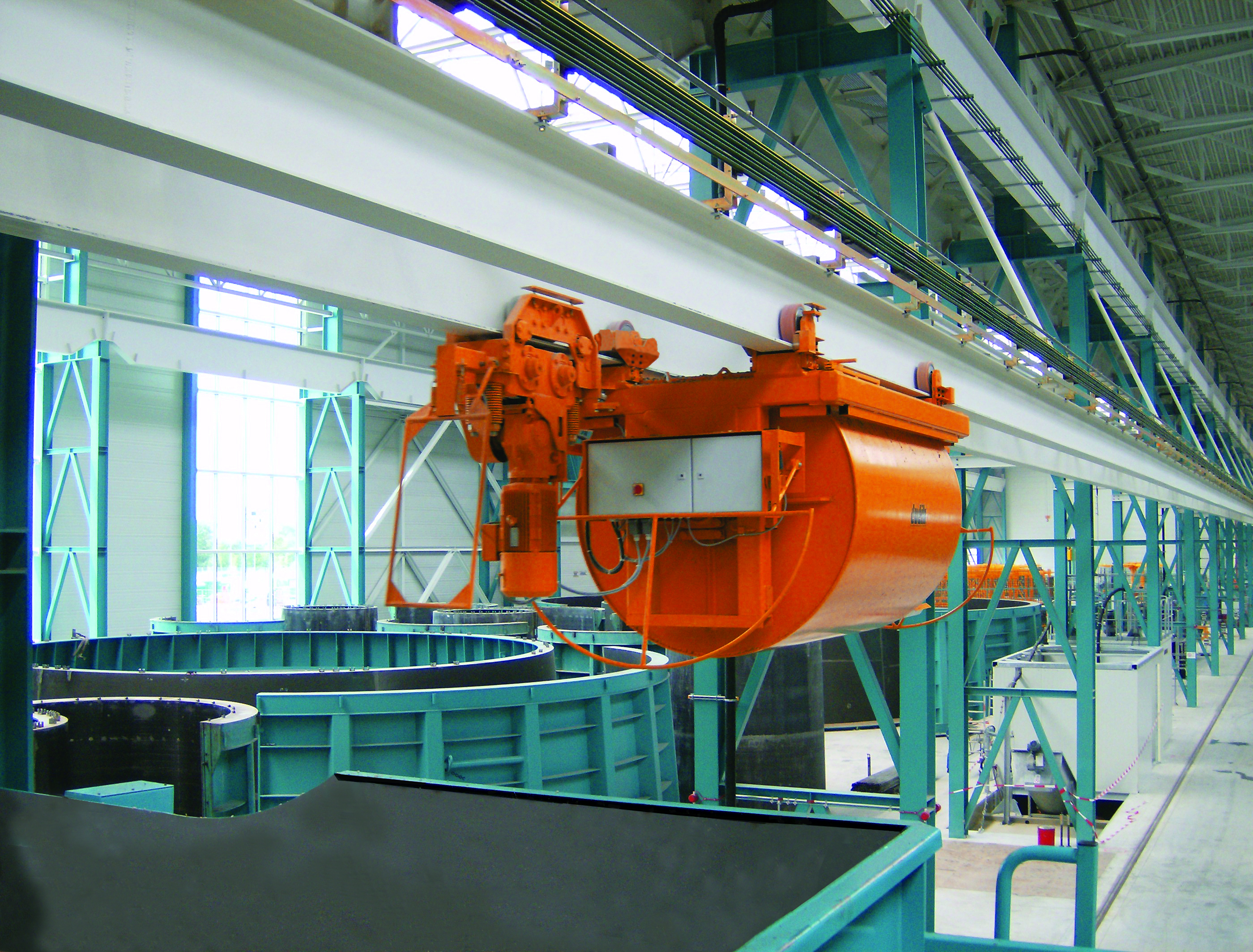 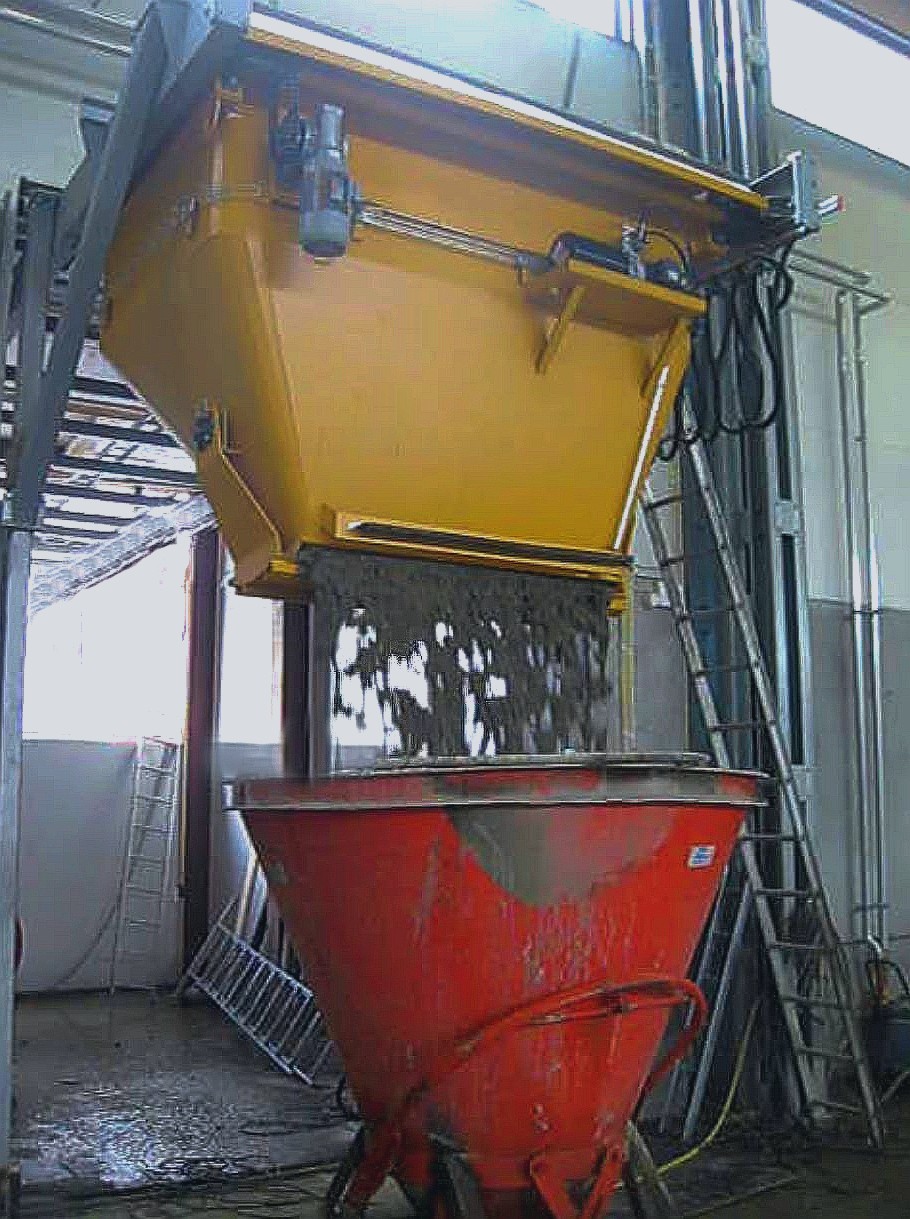 Conveyor buckets operate from rails, driven by an electric motor. Usually the conductor rails are placed next to one of the conveyor rails. With very short transport distances, other solutions of the power supply also are possible. Buckets move along on the rail system, which either is attached to the pillars of the production hall or supported by a separate steel construction. A separate steel construction often is required with the installation of a rail line in an old precast element factory, if the existing structures are not designed to bear the additional load.

A conveyor bucket moves either on one or two rails. When there is just one rail, the bucket may swing laterally. The two-rail version is more robust and more commonly used. A rail system may include curves, upward and downward slopes and crossings.

The concrete bucket plays ab essential role in the transportation system.
The bucket gets discharged either by rotating or by opening of the bottom hatch. Discharging through the bottom hatch is optimal for short transport distances, especially with smaller buckets.

A rotating bucket is well suited for long transport distances and larger volumes. 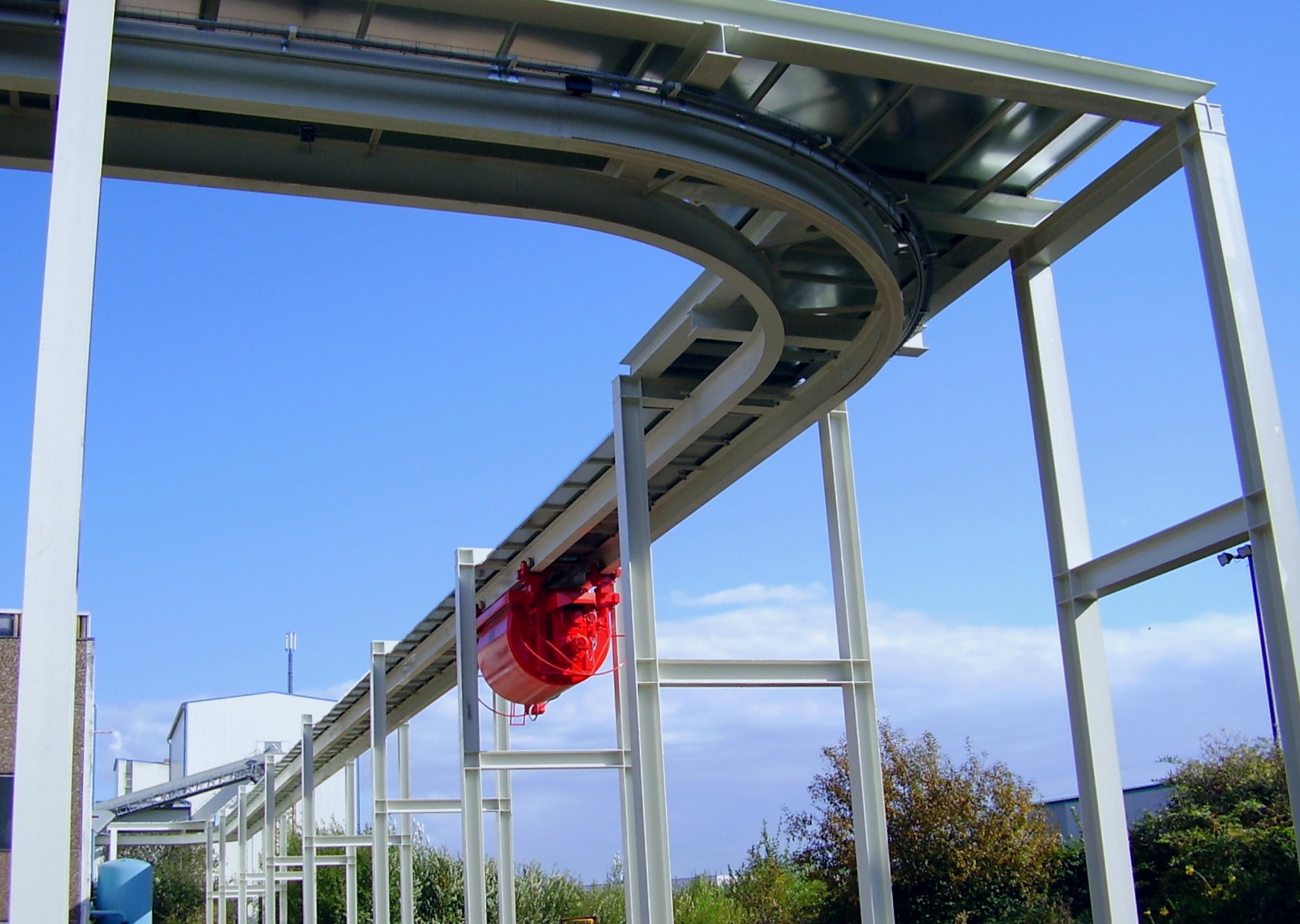 How is the system controlled? How is the ordering of concrete done?

A concrete order is made from an order point, which can be installed stationary or portable. There may even be several order points. Nowadays orders are mainly handled wirelessly from portable devices.

A modern control system works almost completely automatically. It can properly adjust the moisture of the concrete as well as other necessary parameters. Orders received will be placed in the order queue.

How does the concrete transport system get dimensioned?

At first it must be calculated, how much concrete is needed at different casting points in what frequency. Once these requirements have been clarified, it is possible to calculate how big the bucket and what the conveying speed need to be, in order to always in time provide the required amount of concrete to each discharge point.

In the case of a larger plant, it is worth simulating the concrete production and transport in advance, to ensure sufficient dimensioning. An under dimensioned concrete transport system may slow down the casting process or even stop the operation of casting machines. The control system also has a major influence in the prevention of such "bottlenecks". In addition, the capacity of the concrete mixing plant must be taken into account. If the plant’s capacity is too low, the bucket conveyor system cannot compensate for this.

What costs need to be taken into account when investing?

Well planned is half finished. When investing in a concrete transport system for a precast element factory, the planning costs are very low compared to the purchase price for equipment. Therefore, planning should be done very carefully.
Investments in equipment for a new plant include the rail and power supply system, buckets, control system, order system, receiving hoppers and a bucket washing system.

Installation costs include the costs of mechanical and electrical installation and eventually construction works. Installation can be done with own personnel under supervision of the supplier or as turn-key installation. 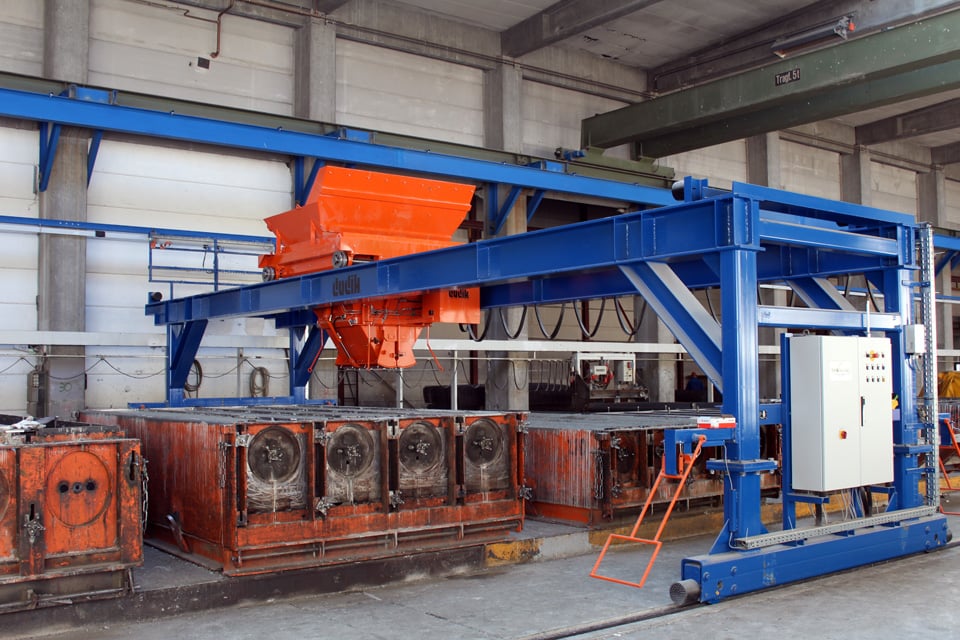 The cleaning station can be equipped with a washing water recycling system, separating aggregates and slurry water and pumping slurry water back to the concrete mixing plant for concrete production, which reduces the amount of clean water required. 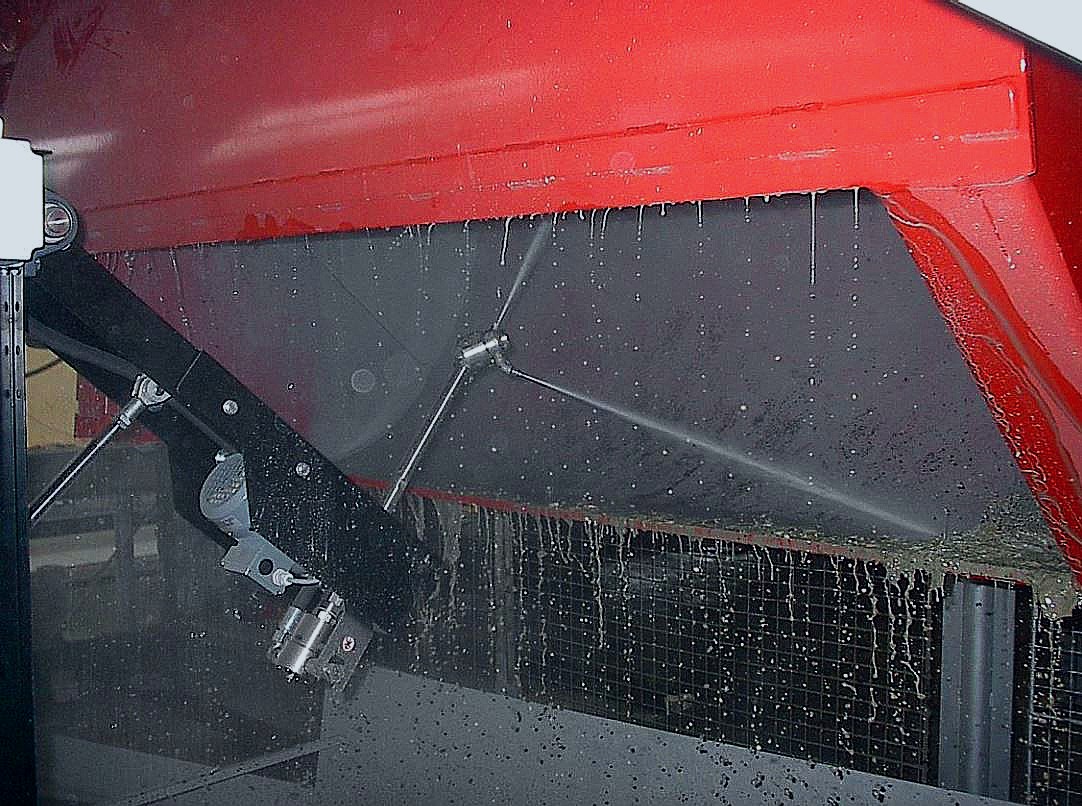 The bucket conveyor system for concrete transport in a precast element factory needs to be planned carefully and possible future extensions should be considered. Eventually the mixer needs to be equipped with several discharge hatches, so that the rails can be placed in a flexible way and discharge can be done to buckets on several rail lines.

The structures of an old plant may limit the use of the system. Also, an existing concrete mixing plant with low capacity or inconsistent concrete quality due to, for example, inaccurate dosing or poor mixing, may cause problems or lead to bottlenecks in production.

For answering of any questions or further information, please feel free to contact us. 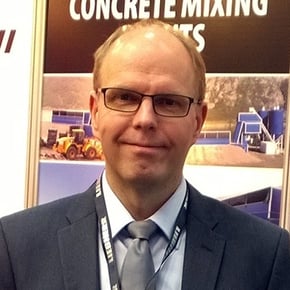 In case the production capacity of your precast concrete element or concrete block factory needs to be increased, it is time to ...
Janne Tuomikko April 6, 2017 2 min read

Kirkenes Ferdigbetong AS received the order to supply the concrete for foundations of a wind mill farm in April 2016 – only 8 ...
Janne Tuomikko March 28, 2019 1 min read