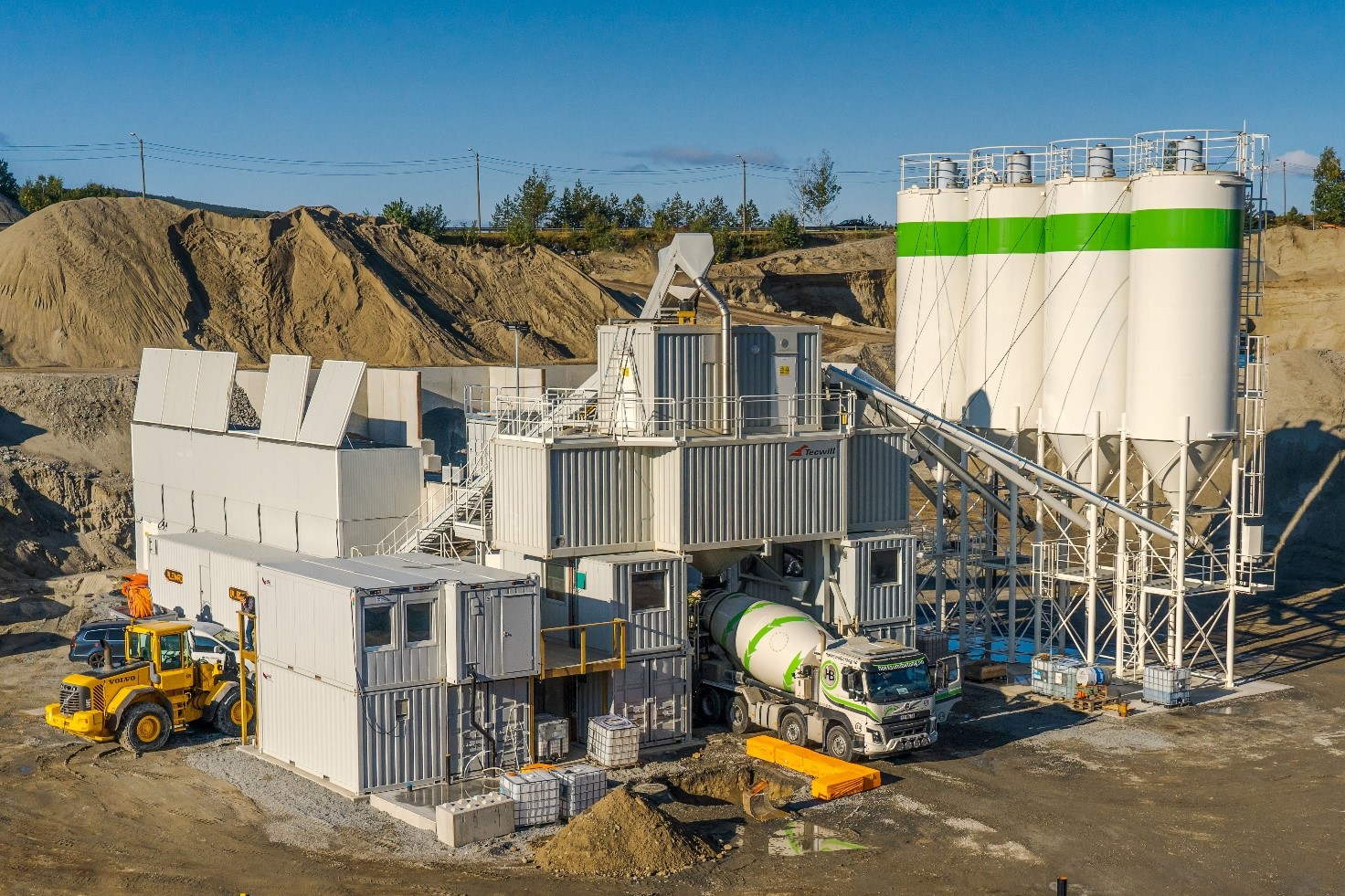 Hokksud Betong AS has been founded in 1970. Company produces ready-mixed concrete for its market areas include e.g. Nedre Buskerud, Asker, Bærum and Oslo. Their headquarter is in the countryside of Hokksund. The company also owns half of the ready-mix concrete company by name Vestfold Betong. Arcamix 4,0 is company’s third ready-mix concrete batching plant. Arcamix was installed in Mjondalen which is located in the middle of Drammen and Hokksund. 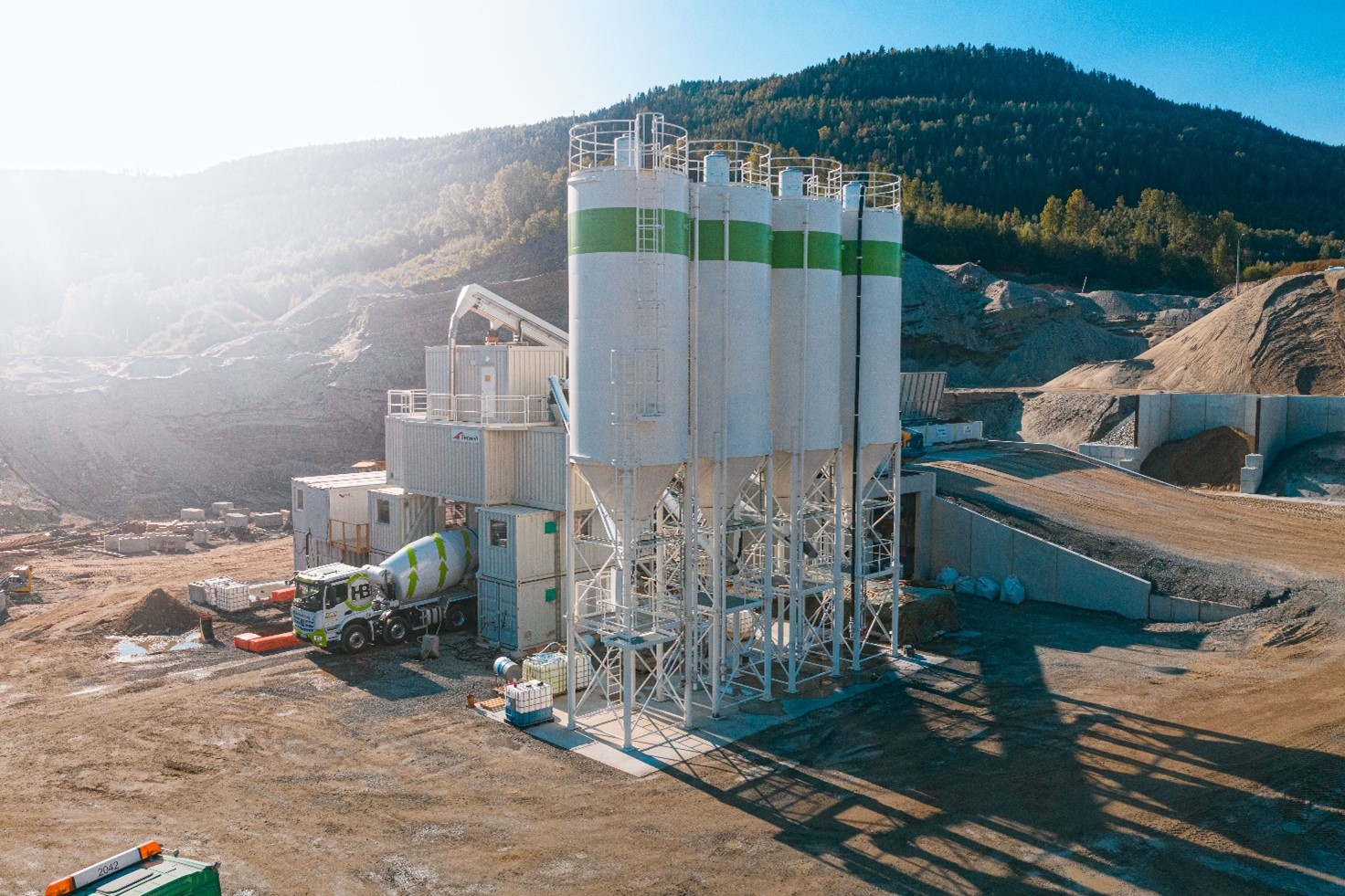 With the completion of Bane NOR's Drammen railway project, the customer's plans to purchase a new concrete plant were realized. For the railway project, approximately 230,000 m3 of ready-mixed concrete will be produced over the next three years. In spring 2019, customer decided that Tecwill is the one who can deliver them a new modular relocatable Arcamix 4.0 concrete plant in Mjondalen. 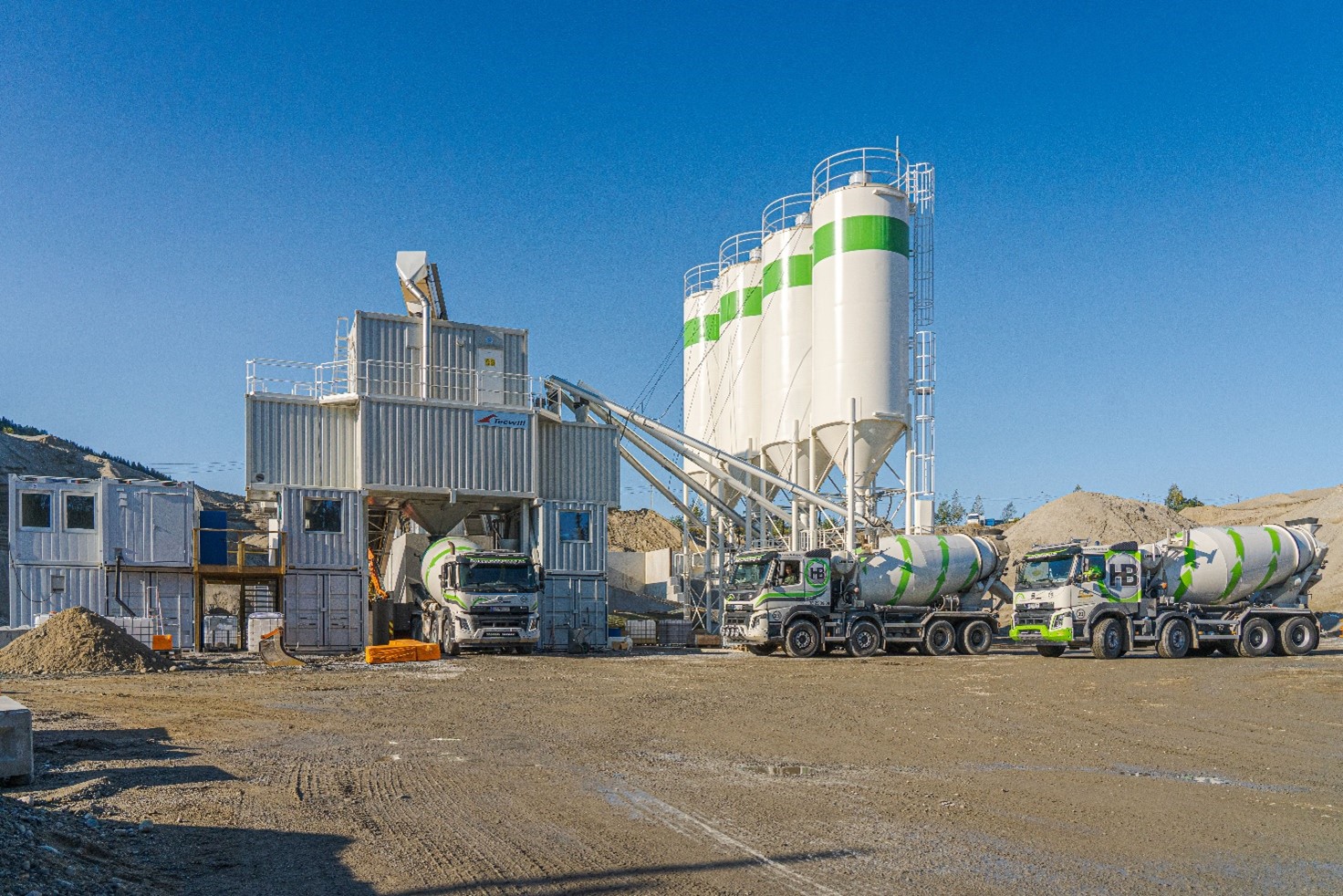 A few challenges along the way

In the end of 2019, some special arrangements had to be made. Finnish postal service's strike and the subsequent support strikes created a few challenges for truck loads entering Norway. Luckily, the installation supervisors Marko and Leo managed to get to the site in time by driving from Joensuu, via Haparanda to Mjondalen. Some truck loads had to travel the same route. However, after a few extra kilometers of driving, installation was able to start on schedule in the last week of November. Star up and handover of the plant to the customer was completed as planned some weeks later.

This was the first Arcamix concrete plant project, where we and the customer together, started to come up and implement with the idea about the dosing of the fibres into the discharge funnel under the twin-shaft mixer. The result was a container containing two different fibre dozers which are placed on top of an aggregate filling ramp. Plant can use two different fiber types at same time. First, the fibre is weighed and metered into a container and then lifted by a conveyor above the Arcamix plant, from where it is dropped along a tube under a mixer into a discharge funnel. Concrete's flow of out of the mixer can be controlled quite precisely with a hydraulically operated mixer discharge hatch. It is important that the fibre is dosed directly into the concrete flow coming from the mixer to avoid fibre lumps. 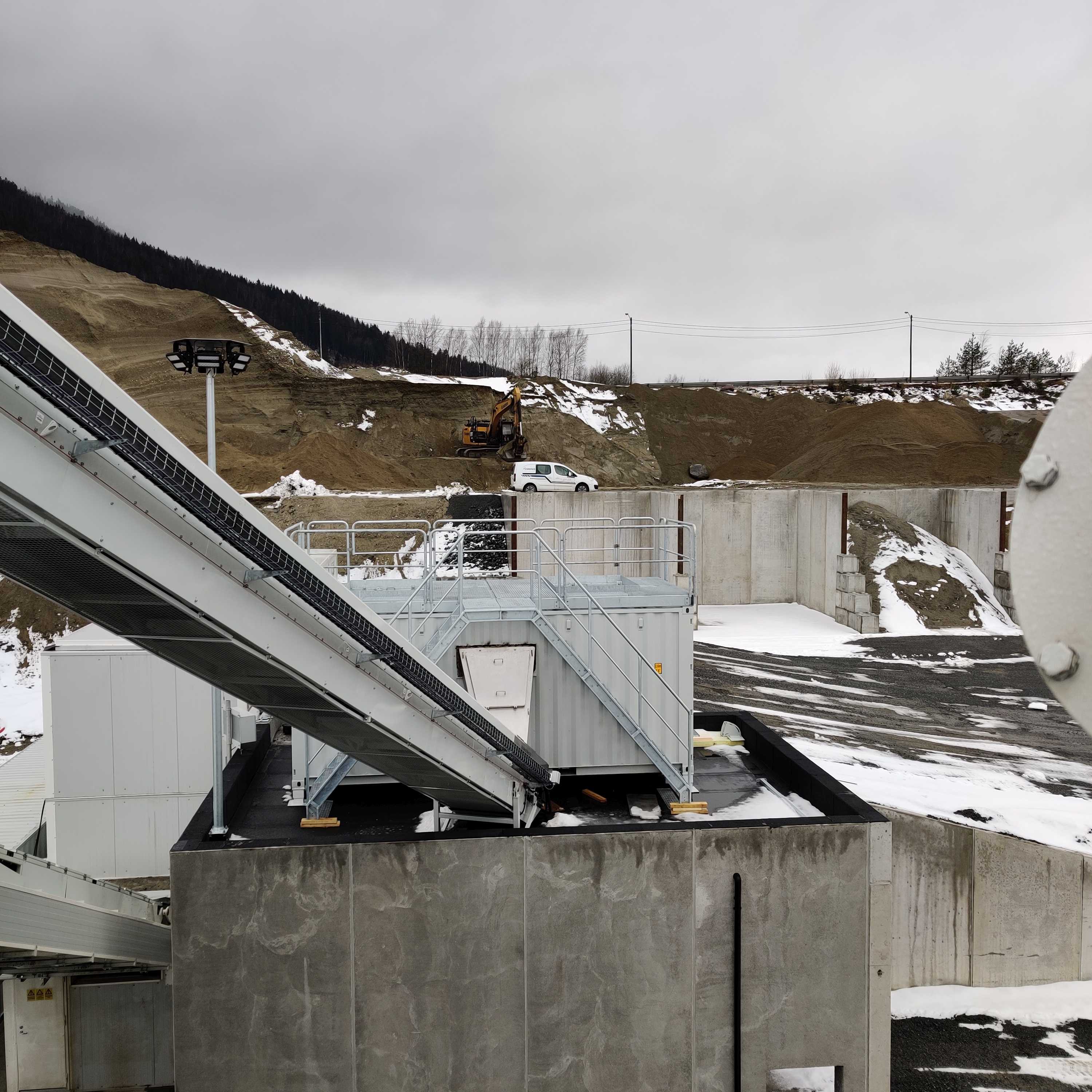 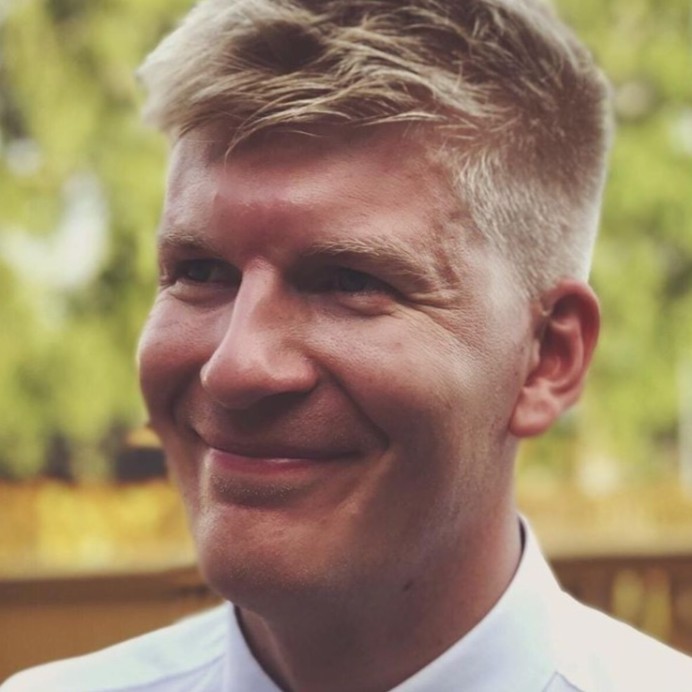 How to safely operate and maintain a mobile concrete mixing plant?

How to save cement by using a more accurate aggregate weighing system?

Before concrete production starts, aggregate dosing equipment is dosing all aggregates onto the weighing belt. However, the ...